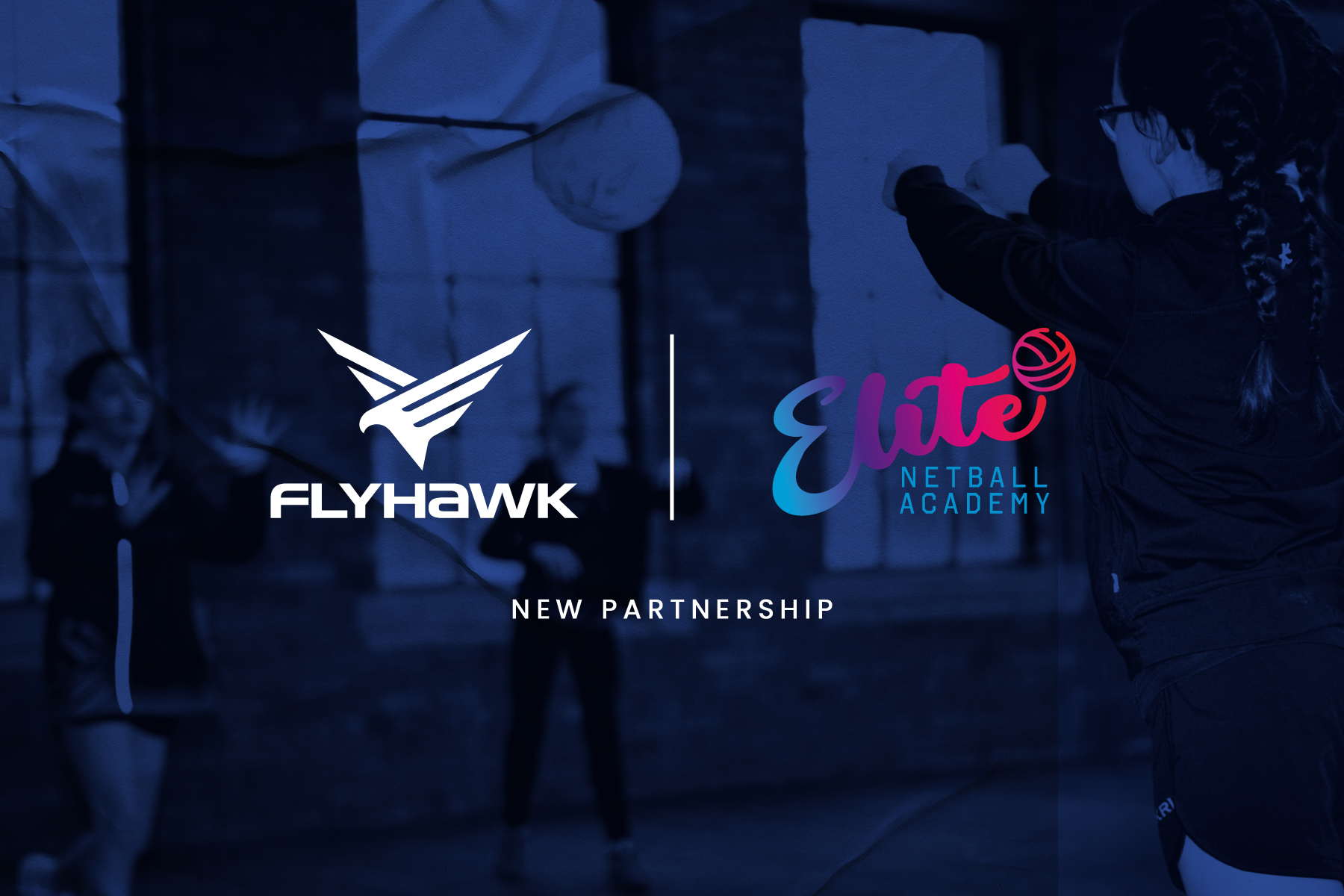 The partnership brings together two young, dynamic and passionate brands within netball which both share a huge passion for the game and developing the next generation of talent.

“We are so excited to be joining forces with Flyhawk a professional, dynamic company putting the athlete as the focus point of everything they do! We have shared values so it was a natural fit for us.”

“We are delighted to be working with Anna and Elite Netball Academy who provide young athletes with the chance to learn from the best and access quality coaching to push their game to the next level. It has been clear from the outset that we share a passion for developing the game at an elite level and we can’t wait to get started!”

The partnership gets underway this September with a new product range designed by Flyhawk, which will be worn by all Elite Netball Academy athletes and coaches!

The team at Elite Netball Academy are passionately driving standards in netball in the UK. Recognising the need for access to more quality training environments to develop technical, tactical, physical and psychological competencies within the sport, the team aim to train smart and work hard to make a difference in netball. Led by former Superleague coach Anna Carter, by nurturing and supporting aspiring netballers to chase their dreams the academy hopes to develop the next generation of netballers.

Elite Netball Academy does not replace club or school netball, they train alongside current commitments to help you be the best netball player you can be.

Who knows, if netball make it into the 2032 Olympics we might see some Elite Netball Academy athletes competing there.

To find out more visit www.elitenetballacademy.co.uk

Elite Netball Academy athletes – keep an eye on your inbox!