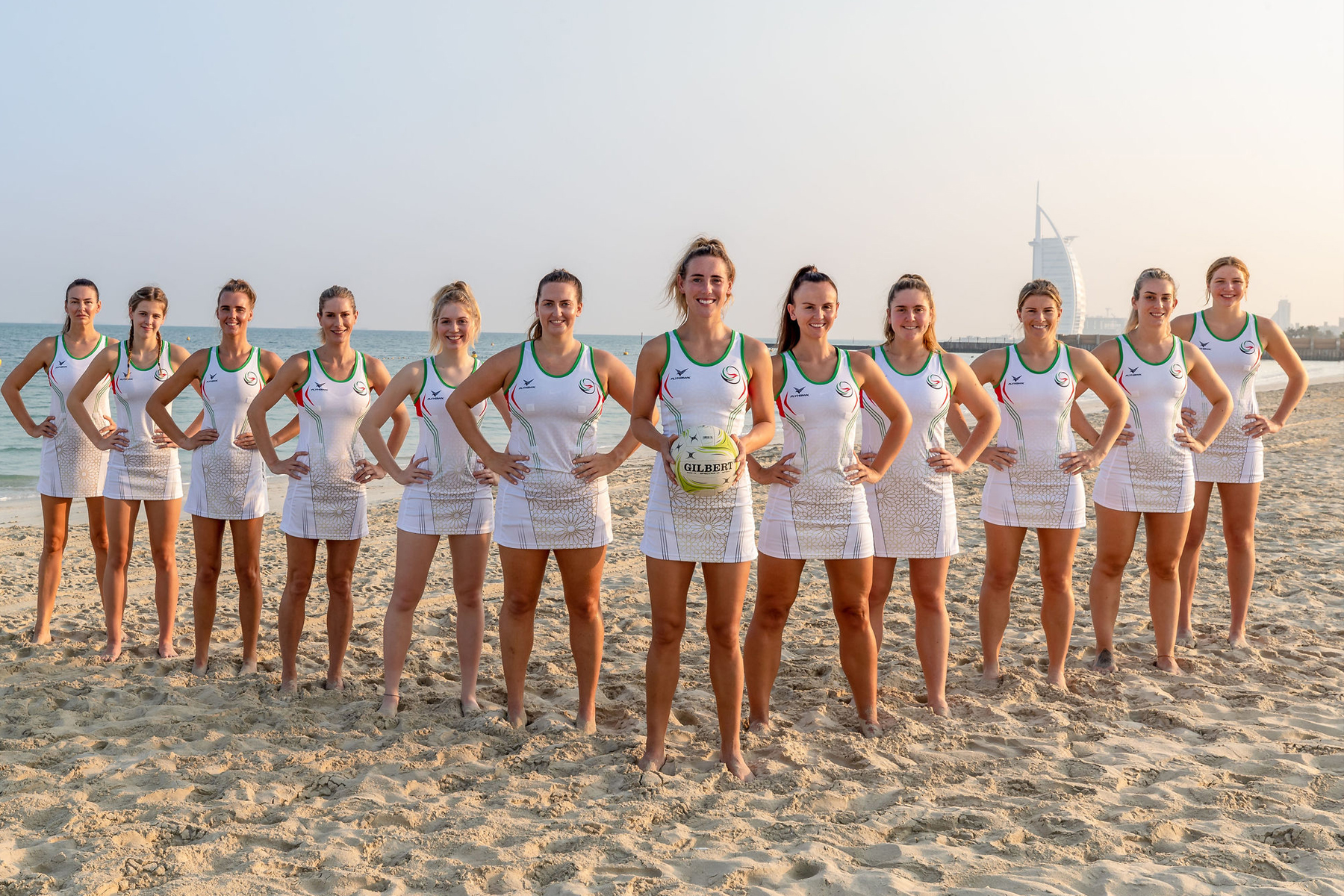 Female founded sportswear brand Flyhawk has today announced an official partnership with UAE Netball. Flyhawk will design, develop and supply on court performance clothing and training apparel for the next two years.

The partnership brings together two young, dynamic and very exciting enterprises within netball, both of which have international ambitions and a belief that netball can challenge the cultural norms.

“We are delighted that Flyhawk has become the Falcons kit partner. We have followed Flyhawk since inception, as we immediately loved its ethos. We particularly identify with Flyhawk’s passion for raising the profile of women through sport. We believe netball offers the opportunity for women and girls to become confident, strong leaders on and off the court – challenging traditional perceptions of female capabilities, thereby empowering women.

We worked in conjunction with Steph and her creative team to achieve a dress design that reflected the traditional patterns of the Middle East with a modern twist. The team is thrilled with the end result! The fit and feel of the training kit and coaching apparel is also fabulous and the lightweight fabrics are perfect for our hotter temperatures. The Falcons are looking forward to show casing their brand new look on the international stage at the Europe Netball Open Challenge in Gibraltar.”

“UAE Netball share our long-term ambitions to overcome traditional and dated barriers in women’s sport making this partnership a fantastic fit for us both. It is an exciting time to partner with such a forward thinking organisation whilst Netball is growing exponentially across the UAE.

We have really enjoyed working with Susanne and her team to bring their vision to life for the custom Falcons kit designs and can’t wait to see the squad wearing their new kit at the Europe Netball Open Challenge soon. From our stealthy bird of prey emblems to our shared passion for netball and belief that sport can empower women, we are extremely excited about what we can achieve together in the next two years”

Flyhawk is breaking the teamwear industry blueprint with a female focused product range developed with the physiques of netballers in mind, an aspirational brand presence for players, fans and staff to feel affiliated to, and brand Directors who truly understand what makes the netball market tick.